Is the Asian Tiger stilled?

Overall, Asia was the least impacted region of any by the Covid pandemic in terms of gross written premium (GWP) growth. Partly, this was the result of less steep gross domestic product (GDP) declines – especially for China – than those seen in other regions (see chart 1).

IPMI GWP continued to grow at 6.75 per cent (at Constant Exchange Rates, CER) in 2020, although this was a significantly slower rate than in the previous five years, when the region experienced around 15 per cent combined annual growth rate (CAGR). The most highly impacted segment was corporates, which shrank in volume in terms of the number of lives by around eight per cent, with SMEs also shrinking but by less, at around four per cent. Renewal rates remained high, but numbers by plan fell. The most successful segment was individual with a volume growth of 10 per cent, containing both expats and locals.

Two aspects ultimately counteracting the numbers decline were firstly, the continued price increase at three per cent (in 2020), although this was considerably lower than Medical Cost Inflation (MCI) at around 8.7 per cent and secondly, the exchange rates. In the course of 2020, the Chinese yuan strengthened against the US dollar by around seven per cent. This had an ‘inflating’ effect on the overall region’s IPMI market when comparing it to dollar values of other regions, as China is such a significant proportion of the Asian regions’ IPMI market. 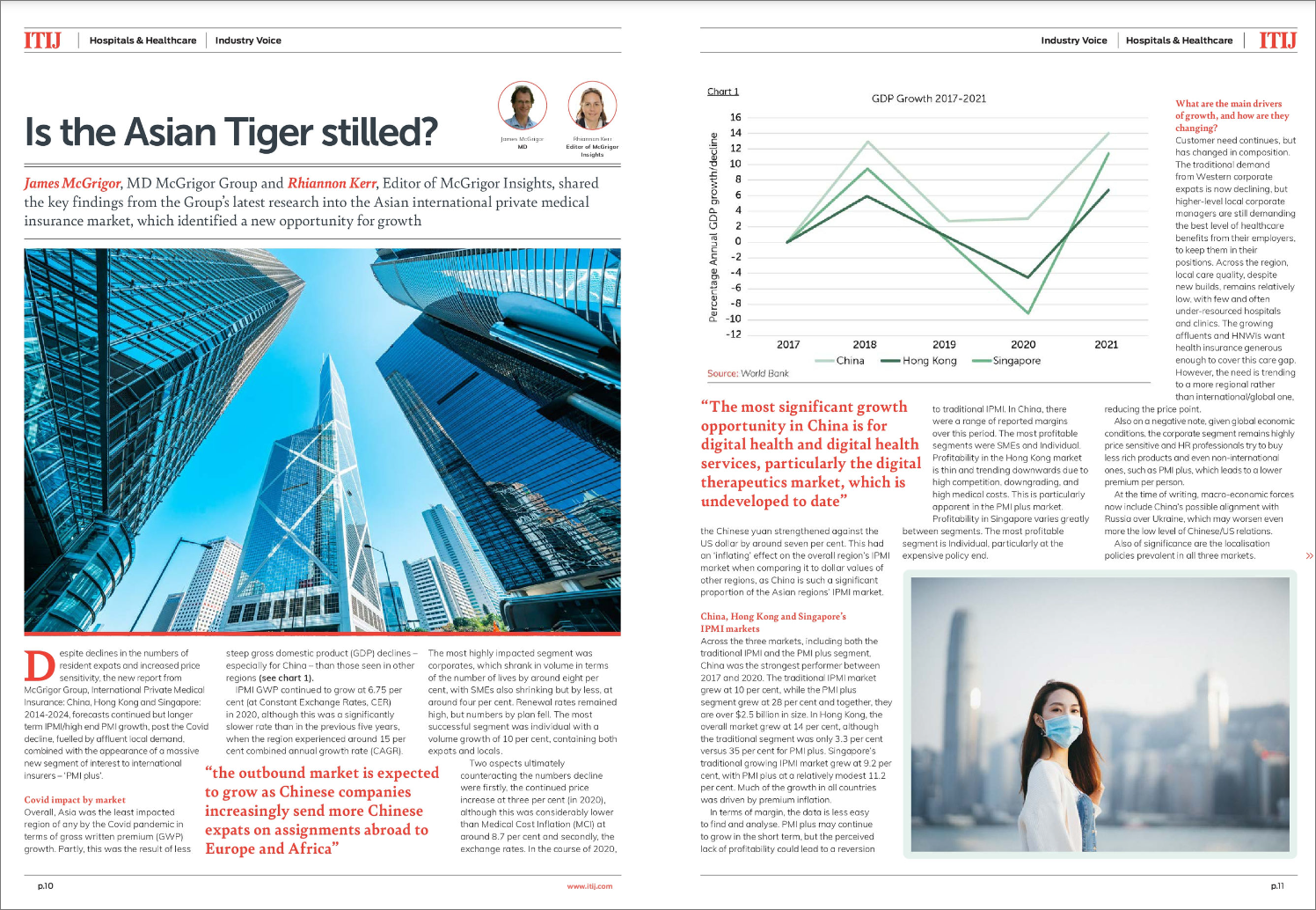 How Can McGrigor Group Help You?

DELIVERED BY OUR FOUR DIVISIONS